Magnetics for the Renewable Energy Industry

Renewable energy is on the rise and sooner or later we will be living in an electrified world, dependent on electricity for our day to day needs. The primary concept to understand is that systems that are involved in renewable energy are much different from that for conventional sources of energy. The most widely tapped sources of energy are solar and wind energy, both highly sustainable but also extremely unreliable as they fluctuate with changes in the weather.

Both Solar and Wind farms must convert DC which is generated to AC before they can supply to the main grid. Solar farms use a solar inverter while wind farms use wind converters for this. An integral part of this inverter or converter system is as choke. 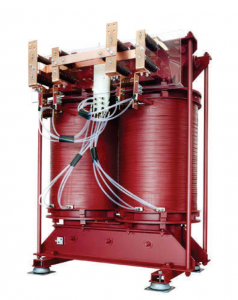 Before we get into the tiny details, lets understand what a choke is and how it functions and why are the chokes used by the solar and wind energy sectors so special?

In electronics, a choke coil is an inductor used to block higher-frequency while passing lower-frequency of direct current (DC) or alternating current (AC) in an electrical circuit, A choke usually consists of a coil of insulated wire often wound on a magnetic core, although some consist of a doughnut-shaped “bead” of ferrite material strung on a wire. The choke’s impedance increases with frequency. Its low electrical resistance passes both AC and DC with little power loss, but its reactance limits the amount of AC passed.

In case of solar energy, chokes are used on both the inverter side and the grid side of the system. These inductive components feature low losses, very low stray fields and a compact design, which significantly increases the chokes’ – and the inverters’ – energy efficiency. Core materials made of powder composites with low magnetostriction are purpose-designed specifically for this application.

In case of wind converters Liquid cooled chokes are used, their basic construction includes a cooling profile which is integrated into the winding, allowing very efficient heat dissipation. This allows for higher efficiency of cooling while reducing the overall size of the transformer and allows for lower losses outside the switchbox.

Phoenix Mecano India Pvt Ltd provides chokes for your PV system as well as for your wind power systems as per its unique requirement while adhering to IEC standards.

We're not around right now. But you can send us an email and we'll get back to you, asap.